Disclaimer: Right now I can not suggest any modern deck except for Hogaak. For the purposes of this article I will be ignoring that deck as I believe it will be banned come the next B&R announcement

Ever since I started playing the Modern format there is one creature I have always held close to my heart and which has always spiked excitement whenever I get the chance to sleeve it up; that card is Tarmogoyf. Tarmogoyf also happens to be the main creature based threat of my favourite modern deck - Jund! Prior to the release of Modern Horizons Jund had been my pet deck in Modern and I would regularly take it for a spin in an MTGO league whenever the format started to bore me, as a fun break from tiered decks. However, with the release of Modern Horizons that has all changed and I'm very excited by the new and improved Jund archetype.

Where I plan to start come the next B&R Announcement

The release of modern horizons has given us a range of new toys, which I will quickly cover in detail below, along with another new card which has started to see a tick up in play.

One of the main issues Jund always had was losing games based on not drawing enough lands or drawing too many. The new 2cmc planeswalker makes both of these things an issue of the past. Not only does it allow you to make a land drop every turn when you pair it with fetch lands but with the new horizon cycle lands it becomes a way to create card advantage. Wrenn and Six also allows you to reduce the number of Raging Ravines in the deck as you can recur them and it even opens up the potential for cards like Ghost Quarter (the future of locking out Tron is now!)

In addition to Wrenn helping in the mana department, its ultimate provides a handy win condition and its minus causes trouble for all the little robots, infect creatures and humans running around modern.

The addition of Nurturing Peatland, Barren Moor and to an extent Tranquil Thicket not only improve the sheer power of Wrenn & Six but also helps to improve the mana base of Jund by turning late game land draws into a fresh card! Jund always wanted to be on 23.5 lands and these cycle lands really help you to not get so land flooded in the late game.

Whilst the idea of a double red card scares some people, this card is excellent; not only does Seasoned Pyromancer give Jund its own version of Lingering Souls but also gives Jund more effective card advantage. I won't sit and write out the text on this card but the power level of this card is so high Im very happy to play some number in my lists (also the graveyard ability can be done at instant speed!).

I believe cards in Jund either need to be very high power or very flexible and Plague Engineer falls into both categories, not only does it shrink opposing creatures it, it also helps fix some issues Jund has had in the past with tokens. Below is a quick list of some of the decks Plague Engineer shines against and what types you should be looking to name.

A card printed in Guilds of Ravnica but one that has slowly crept into Jund lists; with the addition of Aria of Flames to UR Phoenix and Wrenn & Six to Jund the playability of Abrupt Decay has gone up massively and what's better than abrupt decay? An abrupt decay that is flexible and can win games on its own! Vraska, Golgari Queen paired with Wrenn and Six is basically build your own horizon lands and her ultimate is a one turn win condition.

I imagine a lot of people have raised an eyebrow to the inclusion of this card but trust me when I say to try her out next time you sleeve up Jund, you won't be disappointed.

Once we leave this current iteration of modern (roll on the next B&R) I think Jund will be in an excellent position to compete within the format, not only is it a collection of all Modern's best cards but now it’s been given a basket of even more powerful cards to add to the arsenal.

Jund allows you to make lots of high impact in game decisions whilst not forcing you into having to play the colours of UW, it's a midrange deck that can play both aggressive and controlling if needed and it's a choice that will never let you down as it’s always a deck that is close to pushing 40-50% or better in any matchup.

Turns out playing Thoughtseize is one hell of a drug. 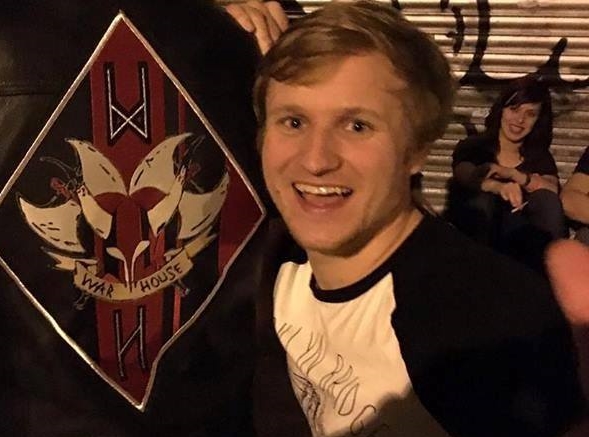 David began playing Magic at the Gatecrash pre-release after finding the need for a new hobby, having been a competitive Duelmasters player from the age of 15. He decided upon Magic after watching the Walk the Planes series and his intentions have always been to become a regular Pro Tour competitor, even from day one. During his 2018 season he hit Bronze Level Pro status to help bolster his Magic resume, which consists of 3 PTQ Top 8s, multiple GP top 32s, 1 Pro Tour Day 2 and multiple Regional invites. He has always tried to break barriers as they present themselves with the eventual aim to a win a Grand Prix. His biggest strengths are his ability to bring motivation to fellow teammates but he feels his biggest weakness is his current issue with consistency between events.