Lands that do more than just add mana to your mana pool have held a special place in my heart for a while now. The Deserts in Hour of Devastation were an incredible part of the format and recently Valakut, the Molten Pinnacle has been my weapon of choice in Modern. It turns every Mountain you play after the 5th one into an almost uncounterable Lightning Bolt! It also interacts favourably with Scapeshift for a sort of combo kill.

Scapeshift sacrificing 7 lands gets you Valakut and 6 Mountains for 18 damage. That’s often enough to end the game in Modern. There have been a few decks based around Valakut and Scapeshift, but I’m going to talk about Titanshift. This deck is focused around playing ramp spells and playing a high impact finisher such as Primeval Titan, Scapeshift or Hour of Promise.

Primeval Titan is an extremely strong card and can get you any combination of Valakuts and Mountains, picking off some of your opponents’ creatures or setting up the kill for the following turn.

I think the best reason to play Titanshift is to beat random creature and midrange/value decks. Your game plan just goes over the top of a variety of decks like Counters Company (if they don’t combo you) and Humans. You also have a good matchup vs decks like Abzan as their clock is not particularly fast and your deck is resilient to hand disruption as you can draw any one of your finishers off the top of your deck. Various flavours of Tron are also good matchups as a lot of them don’t interact effectively with your combo. Turn 4 kills with Titanshift aren't out of the question, and turn 5 is often where you essentially win.

If you think your metagame will have a large share of fast decks like Storm, Infect, Burn or Affinity, then I’d lean away from playing this deck as they are not particularly kind matchups. Affinity and Burn get better post-board and aren’t too bad, but you can’t interact favourably against some of these decks. I’ve found that Blue based control decks can be tricky to play against too, especially those that run main deck land destruction.

Let’s look at the cards in the deck I registered for the Modern RPTQ.

1 Anger of the Gods

These are the cards I decided to play main deck, but the 4th Lightning Bolt and the two sweepers are flex slots that could be replaced.

Other lists have different cards for interaction.

Summoner’s Pact lets you have one-ofs of some cards.

1 Anger of the Gods

I’ll discuss some other commonly played sideboard cards that I considered:

Chalice of the Void

Some tips and notes

Playing the deck is not the hardest thing in the world but you want to sequence your lands correctly so you take the least amount of damage and have the quickest kill you can achieve. When you look at your opening hand you can usually map out the turns of the game to figure out how many lands you have each turn and how to fetch and play your lands.

In general, hands with no ramp are unkeepable, especially against an unknown opponent in game 1.

My ideal hand is something like two ramp spells, a bolt and a big spell (Hour, Prime Time, Scapeshift, Pact), but a hand as simple as a ramp spell and a finisher is often good enough. The ramp is more important than the big spells, and I don’t mind keeping a hand with just a couple of ramp spells when interaction isn’t important.

Titanshift is a relatively simple and straightforward deck, but one that rewards focusing on what matters each turn and executing your game plan.

If you haven’t tried the deck, I would recommend at least giving it a go. There’s something quite satisfying about defeating your opponent with lands, and you haven’t lived until you’ve put 4 Valakuts into play at once, dealing upwards of 72 damage to whatever you please. 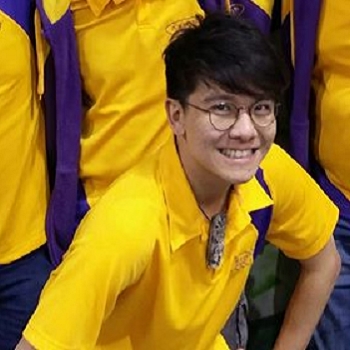 Sean Li started playing Magic at a young age during the Onslaught block. After building 62 card decks and going 2-10 at his first 3 prereleases, he started to learn how to actually play the game. He has one Grand Prix Top 8 and has played on one Pro Tour. His current goals are to improve his constructed skills and re-qualify for the Pro Tour. Sean’s favourite part of Magic is exploring new Limited formats, how the cards interact together and discovering novel strategies.