In this instalment of Player Spotlight we will be talking to Charles Eliatamby. Based near Croydon Charles is one of the younger upcoming stars of English Magic. The Legacy pilot of the British trio who took down Grand Prix Madrid earlier this year he will lock up becoming a Bronze Level Pro at PT25.

Q: Can you tell us a little about your Magic playing history?

I started playing Magic around the release of Dark Ascension but only played casually up until the release of Return to Ravnica. I played my first PTQ around that time and have played on two Pro Tours since then.

My best result to date is winning Grand Prix Madrid alongside Christoph Green and Ben Jones. My favourite format to play is Standard although my favourite deck of all time is probably Splinter Twin before it was banned and my favourite draft format is triple Khans of Tarkir.

Q: What is your favourite Magic card of all time?

Q: What is your favourite Magic memory?

My favourite Magic memory is when I won my first RPTQ Top 8 match and realised I had qualified for the Pro Tour, although lifting the trophy with the boys in Madrid is a very close second. 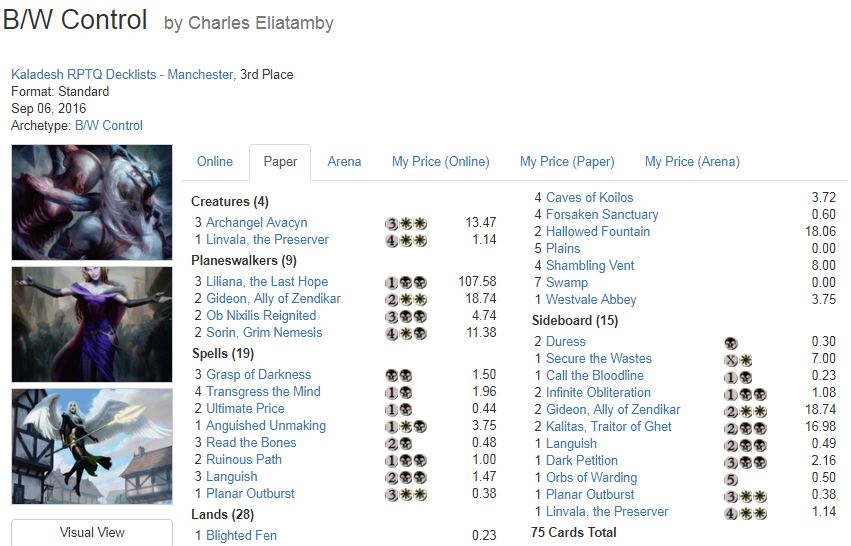 The people I play a lot with include some of the English Grand Prix grinders; Matthew Foulkes, Pete Ward, Aaron Burns Lee, George Worsnop, Ben Jones and a few others.

Q: What was your record at last year’s English Nationals?

8-4 although this was due to a terrible draft.

Q: How likely do you think you are to win English Nationals this year?

English Nationals run from 17th-19th August at the Watford Colosseum. More details and registration options can be found here.

Tags for this article: StandardCompetitive

George has been playing competitively since 2014 and is a true grinder; with a huge number of competitive events under his belt, his results have been improving year on year. With a Grand Prix Top 8 in Modern and a few Pro Tour appearances, he aspires to become a regular on the biggest stage. George’s role on Team Axion is frequently related to metagame and decklist analysis, whilst also providing a lot of raw testing data. He most enjoys Standard with the speed and frequency of the metagame developments keeping it interesting.