I'd like to kick off this article by introducing myself somewhat, as I am new to the Axion Now team and this is my first article writing for the site! I have been playing Magic for around 10 years now, and have been lucky enough to play on the Pro Tour numerous times. George has written a player spotlight on me leading up to Nationals, so you can get some more info on me there when it is released, but most everybody has seen me at an event somewhere in the UK - just not with an Axion shirt on. I'm excited to be working with some great players, and happy to be producing content again.

Now, onto the topic which I am preaching about today - blue control decks in Modern. I have always had a taste for control, which most people know me for; if you see me playing an aggro deck in any format then you can make the reasonable assumption that control is not a feasible choice. The last time I did this was when Mardu Vehicles was at the height of its power, and the main reason I liked that was because it sideboarded into a control deck!

In modern there are only 3 real options when it comes to "true" control decks, those being UW, Jeskai and Grixis. Grixis isn't really in a good spot in the current metagame, as Path to Exile is at its absolute best thanks to decks like Hollow One, and having access to premium white options like wraths (Terminus and Supreme Verdict) as well as the great sideboard cards it has to offer (Rest in Peace, Stoney Silence, Celestial Purge). Because of this, I think the only 2 options are Jeskai and straight UW. In this article I will try and outline the pros and cons of each, and which one I think is the better choice.

Let’s start off with my favourite just for the nostalgia, Jeskai -

This is a fairly stock list that I found from an SCG Team event, and it is pretty much the maindeck that I would play, though I might have Serum Visions over the Opts but it's not really a big difference either way.

Jeskai flourishes when it plays against decks that are susceptible to the red removal spells such as Humans, Affinity, Infect, Elves, etc. It plans to 1 for 1 you with the spot removal, and make the games go as long as possible. Snapcaster Mage, Search for Azcanta, Teferi and Cryptic Command all provide such a high amount of card advantage, so if the deck can be allowed the time to hit its land drops then it can take over fairly handily.

The problem with the deck, however, is that so many of your matchups will be quite polarised - they will either be incredible or utterly unwinnable. This is because the spells are basically half good vs creatures and half good vs non-creature decks. If you keep an opening hand like this:

And you are against Tron, Valakut, or Storm, or KCI - it's almost over right from the get go. You need to draw relevant cards pretty much every turn, as you have kept a hand with almost all blanks.

This hand looks great vs the decks I just mentioned... but what about if your opponent leads with Cavern of Souls and Noble Hierarch? Or mountain and Goblin Guide? You are suddenly very desperate for the "other" half of your deck. Unfortunately it is just the nature of the beast - hands with a little bit of removal and a little bit of countermagic are among some of the best for the deck, because you can never really have nothing to try stop your opponent in that situation. Smaller tournaments where you can do a little bit of scouting to find out what your possible opponents might be playing are also a better environment for the deck, because mulliganing can drastically change the course of a game one.

Now, before I talk about UW I just want to give a slight disclaimer that having half your deck be removal and half your deck be countermagic is not a problem which is only true of Jeskai, it's one that is also somewhat shared by UW. However, the problem is much smaller in UW as the deck simply plays less removal - instead it relies on sweepers, which means a ton of spot removal spells just aren't needed.

Here is an example decklist for UW -

There are again a few oddities in this list, such as the 1 Mana Leak and 1 Ancestral Vision which I could see people changing, but I think I like both 1-ofs. The Ancestral Vision is like a Sphinx's Revelation but you don’t have to commit so much mana to it, and the Mana Leak is simply the third Logic Knot (which you can't play because you don't fill up your graveyard enough).

Anyway, let’s get to the meat of the decklist. Opt is much better here than Serum Visions, because we are playing 4 Terminus and we need to be able to trigger miracle in our opponents turn every now and again. You will also notice only 2 Snapcaster Mage - again, similar to why we only play 2 Logic Knot, we simply don't have enough ways to fill our graveyard in the same way Jeskai does with the cheap removal spells, so we have to make do with just 2 of the powerful creature.

One of the nicest benefits to playing UW is the manabase. The deck takes less pain from its lands, it is more resilient to Blood Moon, and lastly it gets to play Field of Ruin and Ghost Quarter - an extremely important factor in the current metagame where Tron is so popular.

As other writers who have discussed these 2 decks have noted, the difference between UW and Jeskai is that UW gives up some percentage points against the creature decks (instead of being 80%-ish vs affinity, it’s only 70%ish, for example) and gains huge amounts of win percentage against decks like Tron or Bogles - a trade off which is definitely worth it in my opinion. In Modern you will play against a lot of varied decks, so not being completely dead to some decks means you are more likely to do well - not really a difficult concept to get your head around. That being said, I think UW is a little harder to play as your cards are a little clunkier, and you need to be fully aware of how to play the matchups - there are no freebies such as burning out your opponent from 10 life like there is in Jeskai.

As it stands and despite my past success with Jeskai (I came 2nd and 1st at the last 2 Axion Mega Modern events with it), I think I will be moving back to UW control for this modern season. I love the red burn spells vs decks like Humans, but I really don’t want to be paired vs a deck like Tron and feel like I can’t possibly win a game 1, and will struggle to win 2 sideboarded games also. For all you other Blue-Control aficionados, it will largely depend on the metagame you think you will play against, but I would suggest you give UW a try too - just don't forget to look at your draw step as you draw it! There are not many worse mistakes than putting a Terminus straight into your hand.

That's all I have for today, I hope you found this article useful - let me know in the comments if there's any areas you want me to go into further detail - I will talk about these decks for as long as anybody will listen!

Tags for this article: ModernDeck Tech 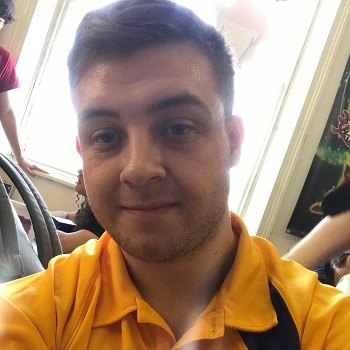 Rob has been playing since Morningtide, but started playing competitively around Shards of Alara. He has played on 5 Pro Tours, and recently finished 9th at Grand Prix Birmingham. Located in the North of England, and lovingly dubbed the ‘King of the North’, Rob is a huge fan of playing every Modern tournament he can possibly attend, but is also a fan of every other constructed format.